Do you remember this exercise in mass stupidity?

As a basic recap, my condo complex is in desperate need of repairs.  There are drainage problems, electrical problems, roofing problems, foundation problems, the windows and patio doors need to be replaced (mine are grayed from captured moisture and my patio door only opens half way), and some of the units are uninhabitable due to mold issues.

Oh, and the sauna has been broken for, like, seven years.

If these issues, totally over 6 million dollars in required repairs, are not addressed, then several things will happen:

a) housing values will continue to decline – already, townhouses in our complex are selling for $50-100,000 less than similar units in nearby complexes.

b) Some units will continue to be uninhabitable due to mould issues, while other units, like mine, will be left with foggy windows, broken patio doors, and rotten fencing (the wooden slats on my fence actually blow in the breeze, like a silent wind chime).

c) Someone will eventually lodge a formal complaint, in which case the government would intervene: we would be declared a “leaky condo”, and all owners would be order to pony up all of the dough immediately. Perfect Husband and I could not afford to do that. We would be forced to foreclose.

So instead, the strata council (owners like ourselves, who have taken over handling the finances, etc) decided last year to propose a levy to cover the most urgent repairs (about half of the total list of issues), in installments over 5 years. So each unit would pay $4,000 a year and the big issues would be resolved.

For some reason, the vote BARELY passed. Because people are morons.

Still, it passed. We payed our money last October, and major repairs were begun immediately. Already most of the drainage issues have been solved and almost all of the roofs are redone.

Some owners foreclosed because they couldn’t find the 4 grand, other sold, and others just refused to pay.

Then one of the twits got a lawyer. They claimed that his ballot, an absentee ballot, wasn’t counted. They lodged a lawsuit against the strata council.

The strata lawyer replied that he had the sealed envelope of votes, which he had now opened and recounted, and the count came to the same number as before AND OH LOOK, HERE’S THE PLAINTIFF’S BALLOT.

The Plaintiff took it to court anyway.

Not because there was a miscount. No.

It just so happens that a recent court decision regaring union voting methods had just happened, which set a new precedent for voting lawsuits. The judge decided that our vote applied, and so we lost, because our vote wasn’t “secret” enough, because there was no ballot box.

So basically, we lost on a technicality and the plaintiff got REALLY lucky.

The upshot is that we have to do this vote all over again.

The twits (the ringleader of which is a woman with a face like a hatchet, who blew cigarette smoke in my face when I was pregnant after the last meeting, because I politely disagreed with her “let’s fix things with no money” stance) have been papering the neighbourhood with their little newsletters, which claim that the buildings are all totally fine and that the strata council are just fabricating all the issues to make us pay money for no reason.

Sure, that makes sense, considering that being owners as well, they have to pay too, and the money goes into a communal pot, so no individual actually profits off of this. 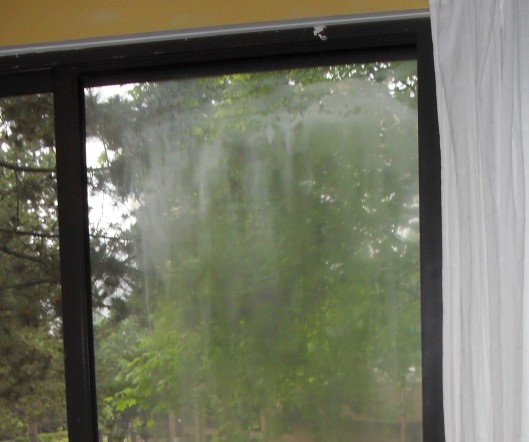 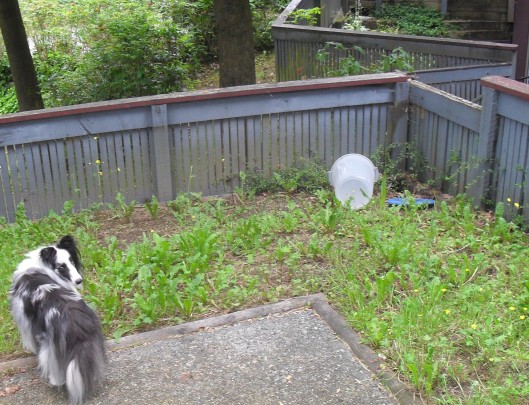 And this fence looks fiiiiine, right?

Revote tonight – PH is over there. Wish us luck.

We knew when we bought this place that it was better than we could afford.

I hear there’s  even a sauna, although it’s been broken for years.

We knew there was a catch.

The reason our place was so cheap was because the place had been slowly falling down over the last 30 years. Some units (not ours) had mold. Some (not ours) had roofs caving in. The windows leak. The drains don’t drain.

In 2002, the owners were told by several different companies that the problems amounted to 2 million dollars in repairs… They voted to fix less than a quarter of the issues. When warned that the problems would snowball if ignored, they dismissed it as fear-mongering.

Estimated repair costs are now close to 6 million dollars. It would take 3 million just to get the place up to code. We knew this, coming in. It’s how we could afford it.

An owner has requested that the courts come in and intervene. If they do, and we don’t have a decent plan of action in place to remediate the issues, they’ll declare us a Leaky Condo, force us to cough up all 6 million immediately plus legal fees and such, or they will foreclose our homes. Today the strata council held a big meeting. We needed to make a decision. Did we want to…

You’d think this would be a no-brainer.

Asshats with the patience of two year olds were constantly interrupting the council’s presentation with “That’s bullshit!” and “I can’t afford $20,000!”

They wanted to know why THEIR unit wasn’t on the list of first year repairs, in front of the people whose units are uninhabitable.

They wanted to know why they had to pay when THEIR roof had already been fixed.

They wanted to know why the council was asking for money before the repairs were made.

They accused the council of trying to steal their money.

They wanted their units fixed now, and they wanted to know why the repairs weren’t being paid for by a magical money tree.

To be fair, there were rational people, who talked about our property values, and basic math. But mostly, in a crowd like that, you notice the morons. Like the weepy lady who said she didn’t dare vote at all because the council hadn’t made it clear whether this money would pay to fix her stairs. Or the guy who said “shut the fuck up!” to a weeping mother describing the black mold growing behind her son’s bed.

Ultimately, the question comes down to this:

We needed 75% of people to answer this question correctly. There were 102 votes cast. 10 people abstained.

We needed 76 “yes” votes to pass the motion.

The votes were in. There were 77 votes in favour of not being morons.

Thank gawd only 24% of people are complete and utter idiots.