People love to ask you how your baby sleeps, and I have occasionally told people that Fritter sleeps “great!” only then to clarify to say that she still wakes several times a night.

You see, our bar is set LOW.

Until he was nearly two, Owl was waking multiple times in the night, usually every hour and a half.

Meanwhile, Fritter from day one would sleep in two to three hour stretches. There were some caveats – she couldn’t be put down, for example. I tried. Oh, how I tried. But if you put her down, she would wake up, until about 11 pm in the evening.

Those first couple of months I spent my evenings watching The Mindy Project with her nursing and fussing, and about an hour after she fell asleep I would transfer her to the Moses basket and she would sleep for another couple of hours.

Once my anxiety about SIDS was relieved enough that I could leave her alone to sleep (around 5 months), I started nursing her down on my bed and then just sneaking away. By adding our trusty old Sleepy Suit to the mix, I was actually able to pick her up off of the bed and transfer her to the Pack N Play next to our bed (the successor to the Moses basket).

And so, I have been pretty okay with her sleep overall. She would go down to sleep at around 8 pm, sleep until midnight, until 3, until 5 or 6, and then until 7 or 8.

I could HANDLE that. 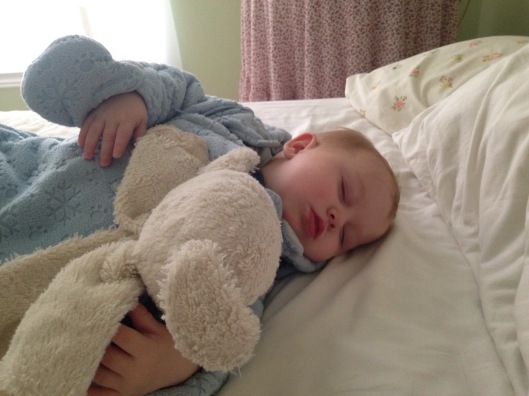 But lately, that has been falling apart.

END_OF_DOCUMENT_TOKEN_TO_BE_REPLACED

How has it been nearly a year since Fritter was born? Where did the time go? 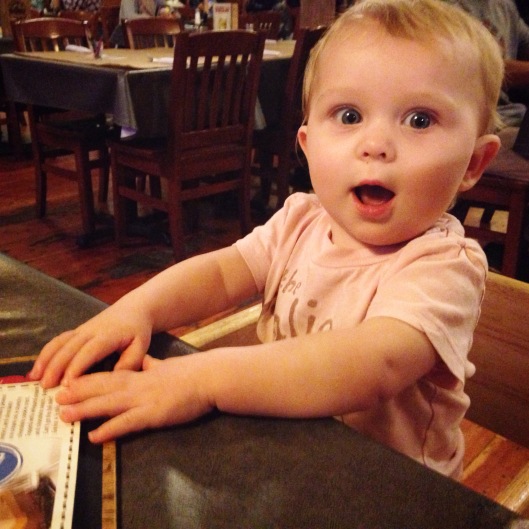 I have spent the last month or two slowly gearing back up to work mode, because in a month I am going to have to go back into the world of unmet expectations and absolutely no down time which is the life of the working mother.

I don’t want my cuddly baby to get bigger.

I don’t want to leave her at daycare because she has some stranger issues (which I will discuss at some point).

I don’t want the stress of having to meet people’s expectations, avoid judgement, etc.

I don’t want to lose the hour and a half of down time I get every day during Fritter’s morning nap while Owl is at school.

I don’t want any of it. I LIKE maternity leave.

But, since it isn’t a choice, what I really want is to get my dog training business going, and going HARD. Because training dogs pays between 40 and 70 dollars an hour and working at the vet clinic… doesn’t. Also because it’s one of my life dreams, along with being an author.