Well, it has been a little over a week since we began potty training, so I thought I’d give you an update.

I was a little nervous sending Owl off to daycare, because Daycare Lady insisted on Pull Ups.

I lucked out with her in many ways, and probably in more ways than I realize. For example, she just mentioned to me recently that the woman who runs the daycare down the road from her claims that it “isn’t her job” to help parents with potty training, that she “just needs to keep them safe.”

Ladies, that daycare is Daycare One, from my daycare hunting days.  I never even thought to ask them, when looking for a place for my 11 month old, whether they considered potty training part of their job. It went without saying. Or so I thought.

SO. I lucked out, even with Helper Lady’s foibles thrown in.

But the diapers have always been a bit of a problem.

Despite the fact that Daycare believes in non-toxic cleaning products and organic, from-scratch meals, her hatred of germs makes her heavily pro-disposable diapers.

Which means that she insisted on Pull Ups, despite the fact that The No Scry Potty Training Solution and Hannah from Hodgepodge have both warned me against them, and I know for a fact that Not Mary Poppins over at Daycare Daze puts them in underwear to train.

I pointed out to her all the arguments against Pull Ups – that they’re still diapers, so the kid won’t feel any different, that they are more absorbable than his cloth diapers so it would actually be a step BACK and so on.

We compromised on Pull Ups OVER his underwear, because she insisted that she couldn’t allow him in only underwear, due to hygiene concerns.

For the next three days, he came home wearing Pull Ups only, with the underwear in his diaper bag totally untouched.

By the third day, I was livid.

Meanwhile, Helper Lady was telling me at the door in the mornings that “Baby no understand. He good boy, but he no understand, Mommy.” (Helper Lady calls all the mothers “mommy”) 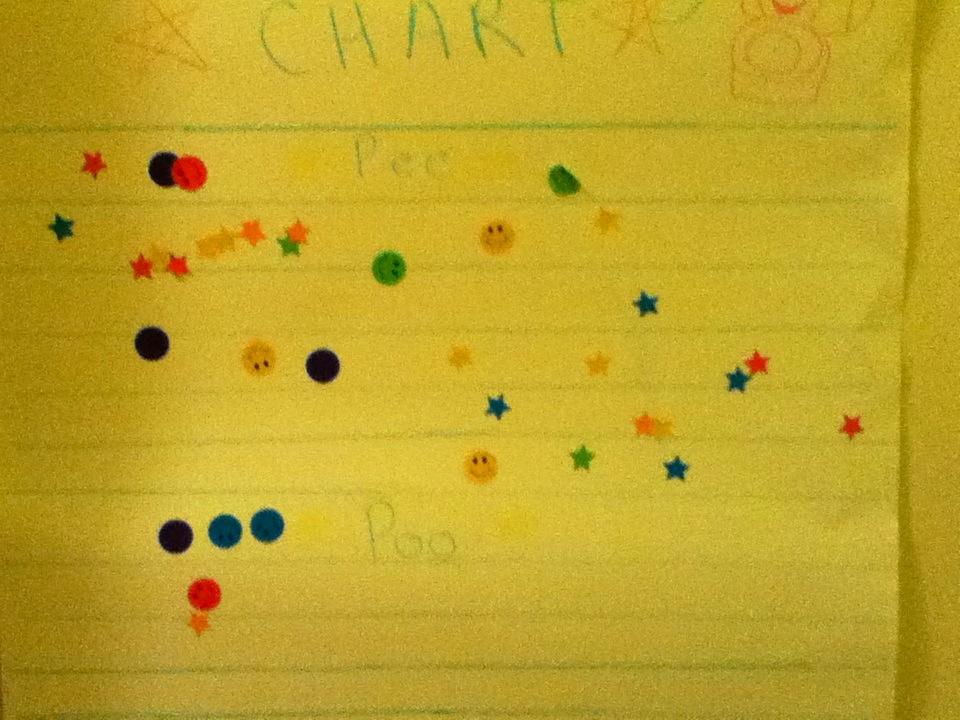 In fact, the morning she told me that, he had peed in the potty SEVEN TIMES and pooped once, and we hadn’t had an accident in two days.

Daycare Lady told me that he was going fine for her, but not always for Helper Lady. Daycare Lady also suspected that Helper Lady, being older, was losing track of time and not taking him often enough.

And as Helper Lady pointed out, “You have one baby, Mommy. I have eight.”

Fair point. Plus, there’s a difference between running around the house with no pants on and the potty RIGHT THERE, versus having a diaper and pants on, a house full of kids to play with, and a baby gate between you and the bathroom.

It pissed me off, because I am a first time mother, and they are supposed to be the child care professionals. I felt like they should be better at potty training than me, not worse.

And then when I picked him up on Thursday, I was told that he had pooped in his Pull Ups and that it had burst out of his Pull Ups and gone all over the floor in a manner that I’m sure Hannah would sympathize with.

My first reaction was actually a mild schadenfreude. That’s what they get for putting this kid in disposables. Poop has NEVER stayed within the confines of Owl’s disposables. Serves ’em right.

I guess they figured the same thing, because the next day not only did he come home with underwear on under his Pull Ups, but Helper Lady informed me that he DID understand for pees!

So I would be triumphant, BUT…

Since the Poop On The Floor, not only has he been having poop accidents in his pants, but he bursts into tears when they happen, pointing at the floor and howling “NO POOP DOWN DOWN!!!!” and “Waaaah, MY POOOPED…” heart brokenly.

Witnessing one of these meltdowns on Saturday filled PH with so much fury that he began to talk about sending Owl elsewhere.

So Sunday we went to the dollar store and bought some crappy plastic animal toys. We put them in a clear vase on the mantle and told him he could have one every time he pooped in the potty.

When he finally had a success, we gave him ALL THE CANDY, and special BUTTERFLY stickers, and CARS sticks, AND A PLASTIC WOLF.

He was so delighted he kept sticking the plastic wolf in the potty and saying “Look, Wolfie, MY POOPED!”

Over the next hour he then proceeded to produce what Not Mary P would call “iotas of shit” in order to receive a hippo and a dinosaur. After his nap and before bed, he pooped one more time for yet another plastic animal.

We’ve done what we can to reverse things. I’m going to go put him in his undies and Pull Ups, and take him to daycare. 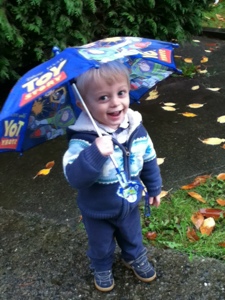