PH is seriously pissed off about the whole NHL lockout thing.

I don’t blame him. It’s really hard to have any sympathy for rich guys who squabble over money while depriving the little people of their entertainment.

In retaliation, and also because it came with free entrance to Playland as an enticement, PH got tickets to Giants game. The Giants are WHL, which is not the Women’s Hockey League (which would make sense) but the Western Hockey League –  a step down from NHL, and unaffected by the current strike.

Fine with me. Cheaper than Canucks tickets, and Owl doesn’t know the difference.

He loved it, of course, because he’s a raging extrovert, and he loves hockey.

He cheered and gasped in awe. 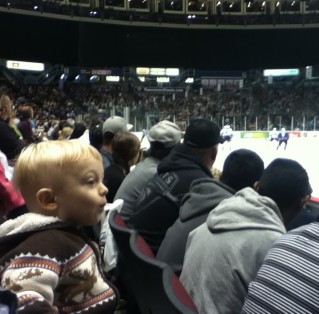 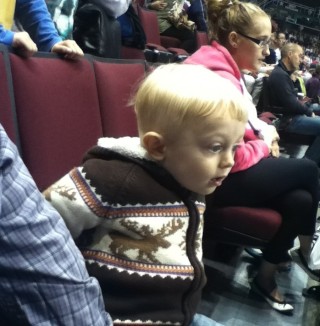 and then, as he pointed enthusiastically at the players, his little voice rang loud among the hockey fans. 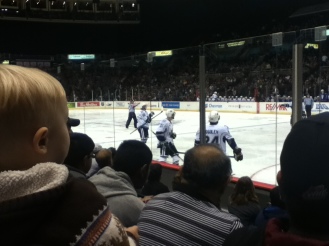